The Sextant Navigation for Exploration Missions (Sextant Navigation) investigation focuses on stability and star sighting opportunities in microgravity. Astronauts on board the International Space Station (ISS) tests a hand-held sextant, the Astra III Professional, that is intended for use on future Orion exploration missions. The results from this investigation can aid in the development of emergency navigation methods for future manned spacecraft.

The Sextant Navigation for Exploration Missions (Sextant Navigation) research assesses the practical application for the modern spaceflight era. The sextant sighting technique is extremely flexible and is not dependent on any particular vehicle type. Onboard ISS, crew members test a hand-held sextant for emergency navigation meant for use on Orion Exploration Mission 2.

The team selected the ISS Cupola module as the experimental location, as it provides a good analog for window and crew placement in future exploration vehicles such as Orion. In preparation, the crew performed training on the ground in the Systems Engineering Simulator at NASA JSC with a mockup of the Cupola and stars displayed on a projector dome. Sextant Navigation focuses on characterizing the stability and mechanics of taking accurate sextant sightings in microgravity inside a spacecraft. Researchers will use the results of the current and previous studies in high-fidelity simulations to verify that accuracy levels meet the needs for Orion navigation requirements. 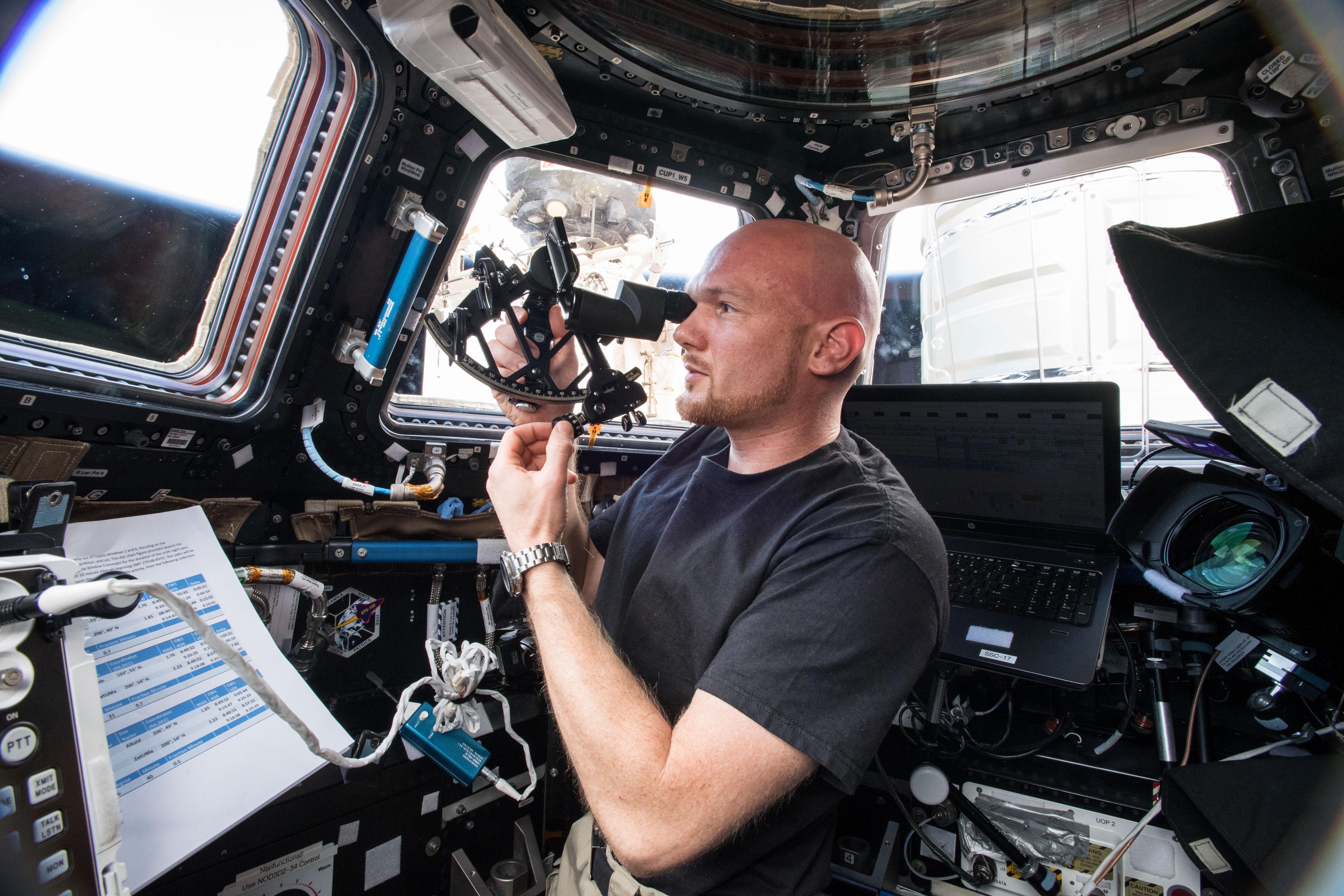 Onboard the ISS, two crew members perform four different sighting activities to characterize the stability and accuracy of sextant measurements. The experiment takes place in the Cupola module. The technique involves measuring the angle between pairs of stars, a classic training method for celestial navigators. The key results of the experiment include photo and video of the sighting positions, the crew’s comments and evaluation, and the measurements taken using the sextant. This experiment does require that the crew manipulate the hardware to perform the task, and the crew must perform multiple skills proficiently in a limited amount of time during orbital night. The crew identifies pairs of stars using a star chart, stabilizes the sighting positions, and then acquire the pair of stars utilizing the sextant. Operations planners separate the final two activities by at least two weeks to allow the research team time to evaluate the findings and fine-tune the procedures.

We are pleased to announce the launch of our brand new informational website! After many…